The fiction and mythology in Mortal Kombat is sometimes inspired by looking at real life, and imagining how whatever you see around you could be worked into the fiction. 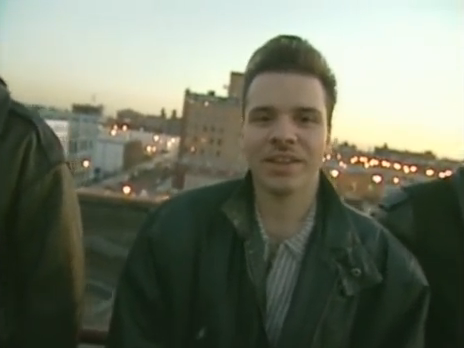 And then Mortal Kombat 3 takes place IN Chicago. 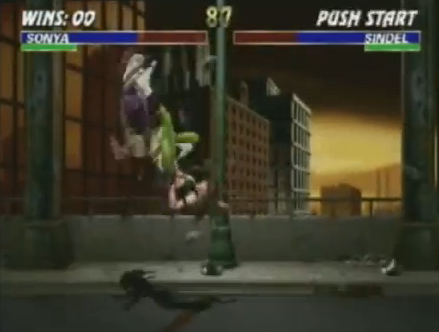 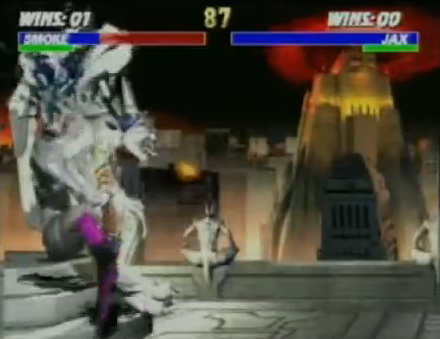 I just think it's amazing.

Only Mortal Kombat is truly immersive, the ONE best world of epic fiction to be into, rivaled only by a few things, like Star Wars and Star Trek.

What else belongs to Mortal Kombat?  The word "fatality".  The word "sub-zero".  The phrase "Finish him!"  The very phrase "mortal combat".  Now I look at the phrase "Purple Rain" very differently.

Because, of course, Rain, from Ultimate MK3, was named after Purple Rain.  A Prince song?  I knew this since 1997, but thought little of it.  Actually, flipping through HBO in 2013, I saw a MOVIE from 1984 called Purple Rain.  I learned that the song belongs to an album, and the album is the soundtrack to a movie, Purple Rain.  How funny, to navigate through my 2013 menu of TV shows and movies, and to see "Purple Rain" among the movies playing on HBO.  It would be like seeing a movie called "Ermac", or "Reptile".  "Red Sonja" is a movie name that sparks that light bulb / rings a bell of Mortal Kombat, to me.  Red Sonya.  In Mortal Kombat 1, Sonya was INFAMOUS for wearing all green, and having a Mirror Match wearing all red.  (All the kids in my 1st and 2nd grade classes knew this fact.  The boys, anyway.)  So, "Red Sonja" has that spark of Mortal Kombat now, to me.

Seeing Purple Rain, and realizing that this was indeed THE movie that built the world up toward Mortal Kombat . . . Prince, in the 80's, having this girl in the city argue about how she loves him . . . I felt like I'd been led to realize: I should take a close look at any well-known source material that inspired Mortal Kombat.  Bruce Lee's Enter the Dragon.  Big Trouble in Little China.  Purple Rain.  Bloodsport.  Jean Claude Van Damme.  Universal Soldier.  All these random things from the 80's to early 90's helped to inspire Mortal Kombat's characters.  I should look at how this character played by Prince is dressed . . . indeed, in all purple.  Also with some gold at the top of Prince's outfit.  I thought to myself, then Rain should have a little bit of gold added to the top of his costume, bringing it back to the original inspirational source material of the Prince movie Purple Rain, of all things in history.  Lo and behold: MK9 already has some gold at the top of Rain's outfit.  Now I looked again and understood it a layer better.  It takes years to grow wise enough to keep up with these MINDS out there.

Shang Tsung working for the Emperor, Shao Kahn -- somewhat like the transition from Star Wars to Return of the Jedi

What else was Mortal Kombat inspired by?  I'll tell you what.  Baby sound effects, and soothing baby music, were in a CD of public domain sounds that the Mortal Kombat II sound designer was looking through, and he just kinda came up with the idea of the Babality just like that.  "Hey, maybe we could work THIS music in, and call it the Babality."  And then there it is.

I cannot even tell you how many people have made sprite comics, using graphics from the 90's Mortal Kombat video-games, on the Kombat Pavilion, my brother's web-site since 1997.  tabmok99.mortalkombatonline.com  I was 9 years old back then, and he was 14, so, that's an interesting time of nostalgia, of when the good old days of the simple early 90's were broken by that Internet revolution.  Well, whatever.  Now that I think about it, one random little comic from 2004 would probably have seemed AMAAAAAZING to look at in 1997.  Later, not so amazing.  Now it's another 10 years later?  It's 10 years after 2004 already?  Whatever.

Sorcerers.  Dragons.  Both words have existed for a long time, but Mortal Kombat gets it the most right.  From then on, all other versions of sorcerers and dragons are mild, watered down compared to how Mortal Kombat did it.  Otherwise, only "Big Trouble in Little China" showed a Chinese supernatural martial arts story in an awesome way.  MK makes me look at the Sorcerer's Apprentice, the "Fantasia" version of it by Disney, differently, with the sorcerer with the blue hat making me think of Shang Tsung in MK1.

The Kombat Pavilion, the web-site, was named after Mortal Kombat, but also after the Honan Pavilion, a great Chinese restaurant around where we lived in Alexandria, Virginia.  So, you see?  You can walk around, and see ordinary things, and ask yourself: "How can I factor this into Mortal Kombat?"  Remember, a major MK fan-made web-site was named, in part, after a Chinese restaurant.  Looking at the two lion statues that I would have to walk between to enter the building, I would think of two things.  The Twilight Zone, where one lion statue makes a roaring sound (in "The Jungle" episode, I think).  And Mortal Kombat 1's lion statues.  Maybe Shang Tsung's palace could have two lion statues besides the door, so that everybody has to walk between them.  Maybe they could spit balls of fire, too.  You see, you just never how much of the reality around you will end up in Mortal Kombat.

Little things I intend to change about Mortal Kombat.  I want to add doppelgangers, the German mythological concept of evil doubles of people, into the many species of MK, to explain the Mirror Match physically.  I was tempted to change the idea into tanuki, but I will keep it with doppelgangers and find some other way to work in tanuki.  Mortal Kombat has used oni, from Japanese mythology, for over 10 years now so Japanese tanuki should be no strange thing at all.

It could be baby music that makes its way into Mortal Kombat.  Remember that.

Now I look at this bike, and I say to myself: "That's a Rain bike!"  Without Mortal Kombat, it would be just another mindless object. 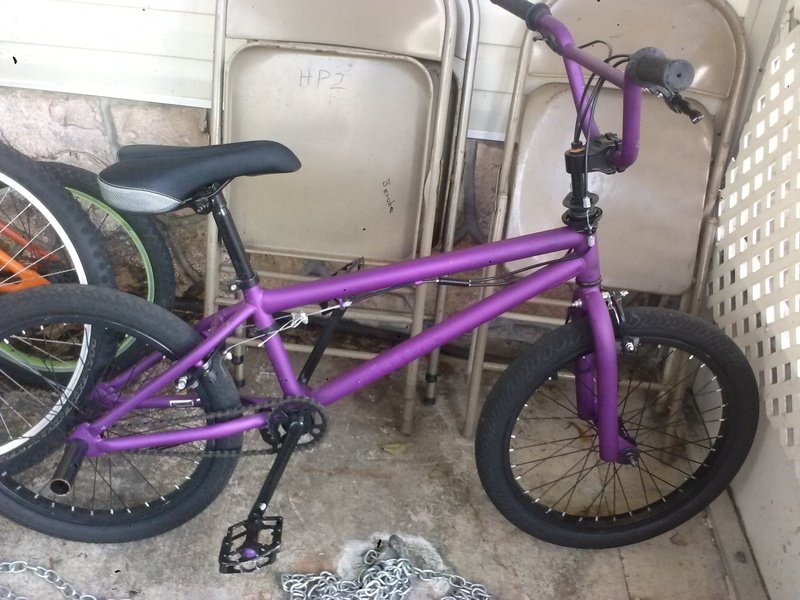 Over the years, I've seen it all.  A Cyrax car.  An Ermac car, at a gas station.  A Sektor truck.  Yep.  Mortal Kombat has me seeing everything around me differently.

See the floor?  That's where one of my dragon symbols came from - that cement.

See the marble design in the walls, behind the two chairs?  Underneath the horizontal white lines?  THAT marble design became my red-and-black dragon symbol.

I say, take a garbage can at a gas station, and MAKE it Mortal Kombat.

Reply Neurontine
5:41 AM on October 3, 2021
No Prescription Levothyroxine Discount