Where All The Characters Came From

Where all the characters in Mortal Kombat X came from. 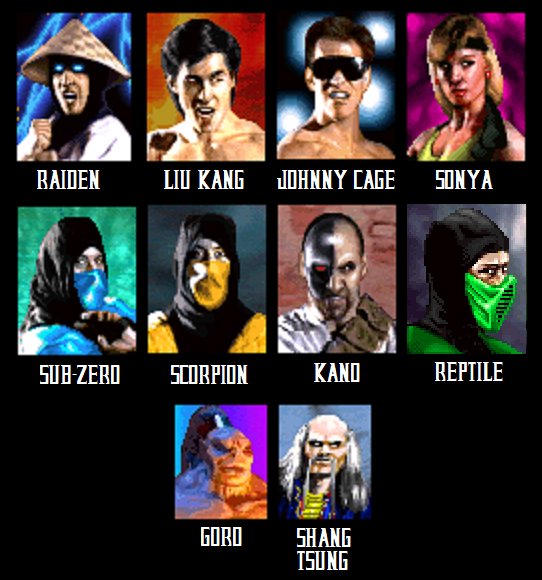 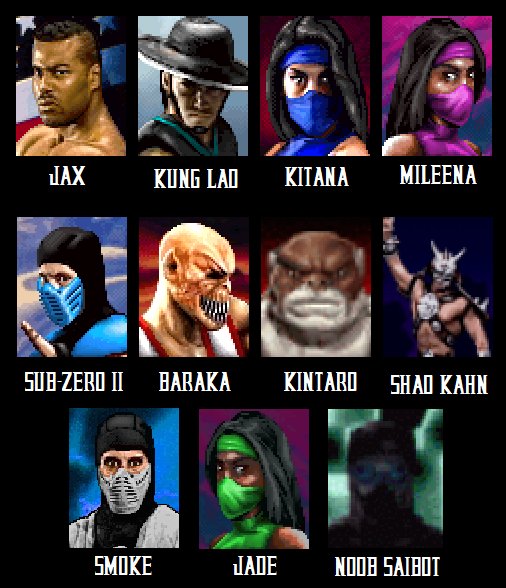 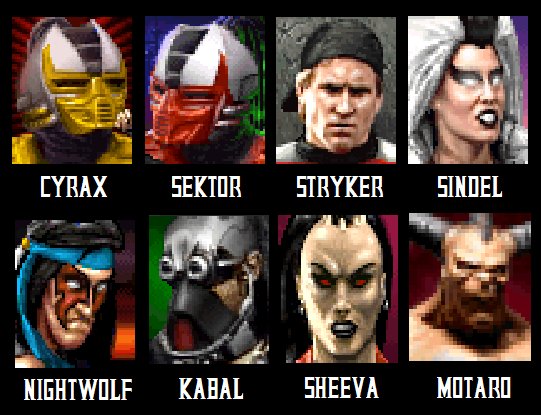 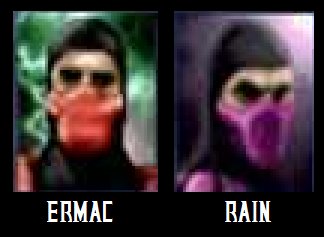 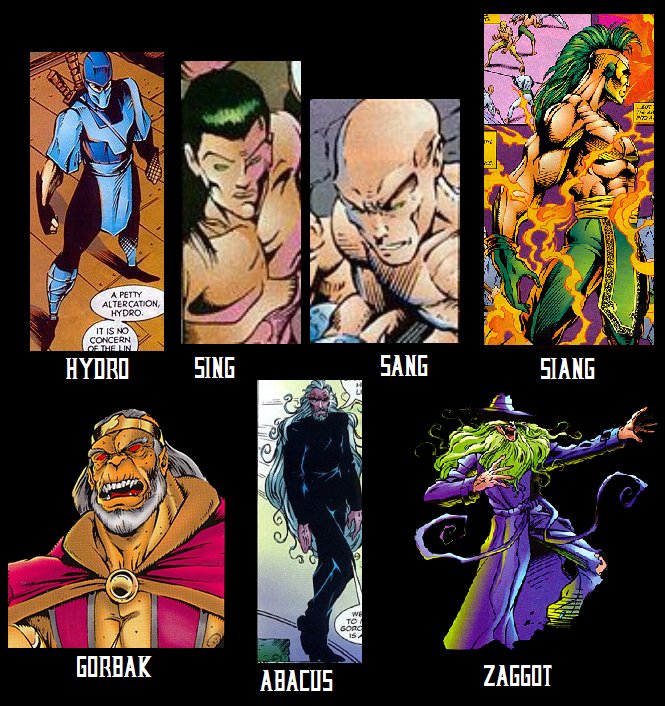 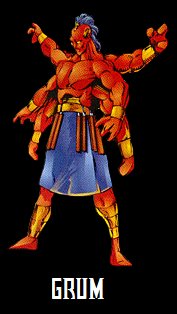 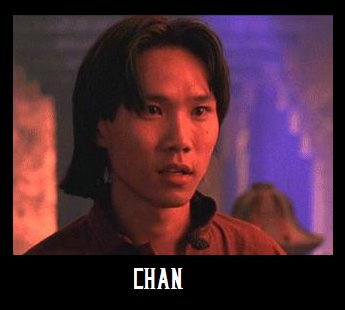 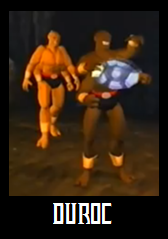 MK: Defenders of the Realm (cartoon) 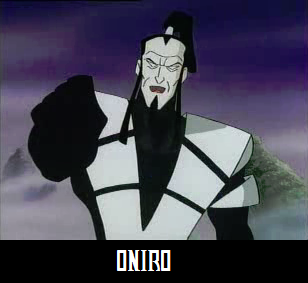 The One Being, Onaga

Everything That Is New:

- Baphomet, deleted character, is now used, not as an Elder Demon, but as the master of the NetherRealm.

- Belokk, deleted character, is now used, in name only, not an Elder Demon anymore, but a red djinn, or genie.

- Izanami.  There was a female Elder God in MK9, but I give her the name Izanami, named after Izanami-no-mikoto from Japanese Shinto, and I describe her as being Raiden's mother, and the husband of Shinnok before his banishment to the NetherRealm.

- Ra, God of the Sun. From Egyptian mythology.

- Venus, Goddess of Beauty. From Roman.

- Theia, Goddess of Light. From Greek, in name and job title only.

- Pearl, like Jade except wearing white, inspired by a dream that was inspired by 1994 MK fan art.

I come up with names for the Water God and Fire God: Aegaen and Hephaestus.  Ever since I was a kid, I've used my brother Justin's suggested name, O'Shinn, for the Water God. However, at age 25, for MKX, I decided to change the name from O'Shinn to the nearest match in actual mythological literature. So I searched Google for a complete list of all the Water Gods ever. Aegaen was the one I liked the best. It sure felt strange to pass by an Aegaen hotel. Also an Abacus building.

- Cavemen Enngok and Rawa are brand-new.

- Kaylani, Princess of Cryo, the Ice Realm. Brand-new. Her costume is based on Mileena's MK: Deception costume, but in crystal-blue.

NEW SPECIES I HAVE ADDED:

- Cryo, the Ice Realm. MK Deception says that the Cryomancers came from . . . well, somewhere. In a couple of the characters' endings, Sub-Zero and Frost embark on a journey to explore their ancestry with the Cryomancers. MK Deception IMPLIES a pretty clear message that there's some sort of ice-cold realm out there. I present: Cryo, the Ice Realm - I really think there could be no other name for an MK ice realm (and remember, I, a kid, came up with this) - where the Cryomancers served, until Shao Kahn showed up, challenged the realm to 10 tournaments, and overwhelmed Cryo with Outworld, to establish Cryo as one of the provinces of Outworld. Oh, right, I forgot to mention - in the 90's MK comics, Outworld is split into many provinces, one of which is underground Kuatan, home of the Shokan species. Movie 2, MK: Annihilation, says that it takes 6 days to merge a realm with Outworld. Thus I assume that Shao Kahn took 6 days to merge Edenia, 6 days to merge Kuatan, 6 days to merge Cryo the Ice Realm, and thus every merged realm becomes one province of Outworld.

- Ochanep, realm of aliens. Now that's a different twist on MK: space aliens. I was really unsure about this, as I feared it might ruin MK. MK3 had the mini-game Galaga, a space-themed game that, according to MK3, takes place in Rellim Ohcanep, meaning Miller Penacho's name backwards. What about, instead of Rellim Ohcanep, it's the alien realm of Ochanep? With a new, original MK cast of aliens. Used very briefly, when I outline all the 9 realms Shao Kahn conquered. Why space aliens? Because they could use green lasers to capture that "green laser light" element of MK: the Live Tour, the stage theater production. I use the aliens again in the "Shao Kahn Takes Earth" segment, adding spaceships flying around with lasers to topple buildings to give Shao Kahn that presence of "the War of the Worlds".

- Ar'qun, desert realm of men and genies, is brand-new. I have thought for a decade that genies and witches would be great in Mortal Kombat. Deadly Alliance added an army of Chinese mummies, and Deception added the Dragon King, so why not genies and witches? Belokk is now the name of a red genie in MK1.

Those are my new entries into Mortal Kombat.

Reply Alberthauch
1:46 AM on July 22, 2018
The prostate is central to the part of a male's reproductive :. It secretes fluids that help the transportation and activation of sperm. The men's prostate is situated just in front of the rectum, below the bladder and around the urethra. When there is prostate problem, it is usually really really irritating and inconvenient for that patient as his urinary method is directly affected.

The common prostate health issues are prostate infection, enlarged prostate and cancer of the prostate.

Acute bacterial prostatitis will be the least common of all kinds of prostate infection. It is a result of bacteria based in the large intestines or urinary tract. Patients can experience fever, chills, body aches, back pains and urination problems. This condition is treated by using antibiotics or non-steroid anti-inflammatory drugs (NSAIDs) to alleviate the swelling.

Chronic bacterial prostatitis can be a condition associated with a particular defect in the gland as well as the persistence presence of bacteria inside urinary tract. It can be brought on by trauma on the urinary tract or by infections from other areas of the body. A patient can experience testicular pain, small of the back pains and urination problems. Although it is uncommon, it is usually treated by removal with the prostate defect then the use antibiotics and NSAIDs to treat the redness.

To prevent prostate diseases, an effective diet is important. These are some from the steps you can take to keep your prostate healthy.

1. Drink sufficient water. Proper hydration is essential for health and wellness and will also also maintain the urinary track clean.

2. Some studies suggest that a number of ejaculations a week will prevent cancer of prostate.

3. Eat steak without excess. It has been shown that consuming a lot more than four meals of beef every week will heighten the probability of prostate diseases and cancer.

4. Maintain a proper diet with cereals, vegetable and fruits to be sure sufficient intake of nutrients necessary for prostate health.

The most important measure to take to make sure a healthy prostate is usually to opt for regular prostate health screening. If you are forty yrs . old and above, you need to choose prostate examination at least one time annually.