Although it's exciting to think that the 2015 Mortal Kombat X game is going to explore all kinds of new characters and stories, it would also be cool if someone remade MK: Special Forces. 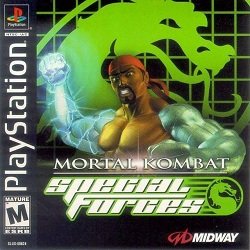 This game looked like the most exciting on Earth when I was 12, in the year 2000, when I read about it in magazines. 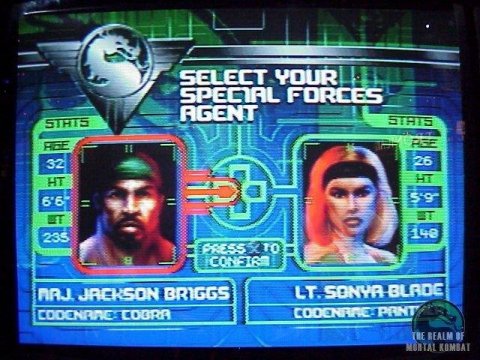 And then they went and cut Sonya.

Why?  Because the time was very limited, in the production of MK: Special Forces.  With more time, Sonya may have been very possible.  Instead we end up with a one-player game, but imagine, now . . . a remake of MK: Special Forces, with all the same characters, remade.  This would be 3 PlayStations later, but 2015's Mortal Kombat X takes the user-friendly approach of being released for the PS4 and PS3 alike, X-Box One and X-Box 360 both.  So imagine that kind of remake.

Sonya was originally meant to be a character who might be able to slip through small spaces, where Jax could not fit, while Jax would be stronger than her.  That would be cool, if that idea were brought back.

Maybe Kano and Kabal could become playable characters, or something.  I dunno.  But I do know this: it would be an ass-kicking game that people would be thrilled to learn about during its development period.  If only you guys at the MK team would remake this game.